In this quarter we present some of our activities like:

Safety projects and activities from April to June 2018.

Upgrading of cables for Bahrain Steel. 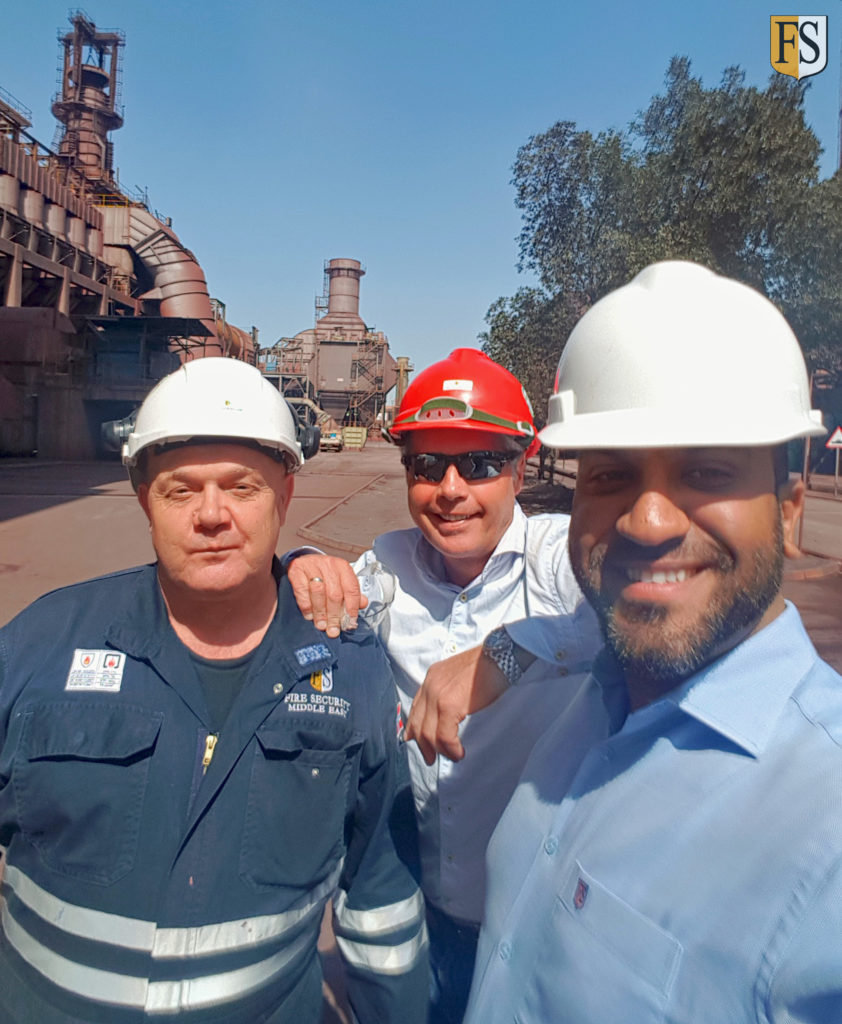 April 5: Fire Security Middle East has upgraded cables for Bahrain Steel in one of their larger Sub Stations to the highest fire safety standards as per their insurer’s requirement and approval. Julian (left), Ole Tom, and Mohamed are more than satisfied with the result.

Repair and upgrade of cables in Dubai. 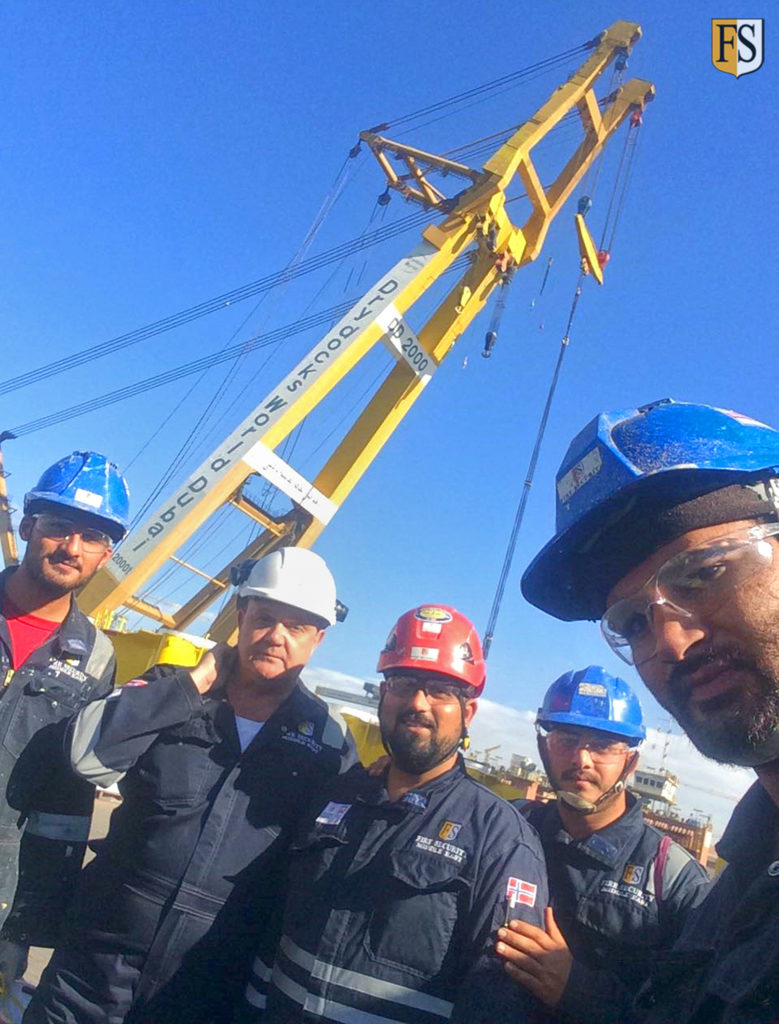 Fire protection project on a cruise ship in Italy.

April 20: Hans Olsen is in Genova to fire protect cables onboard Seabourn Ovation at Fincantieri shipyard. Looks like he is working late hours together with workers from the shipyard.

Cable inspection at a gas plant in Australia. 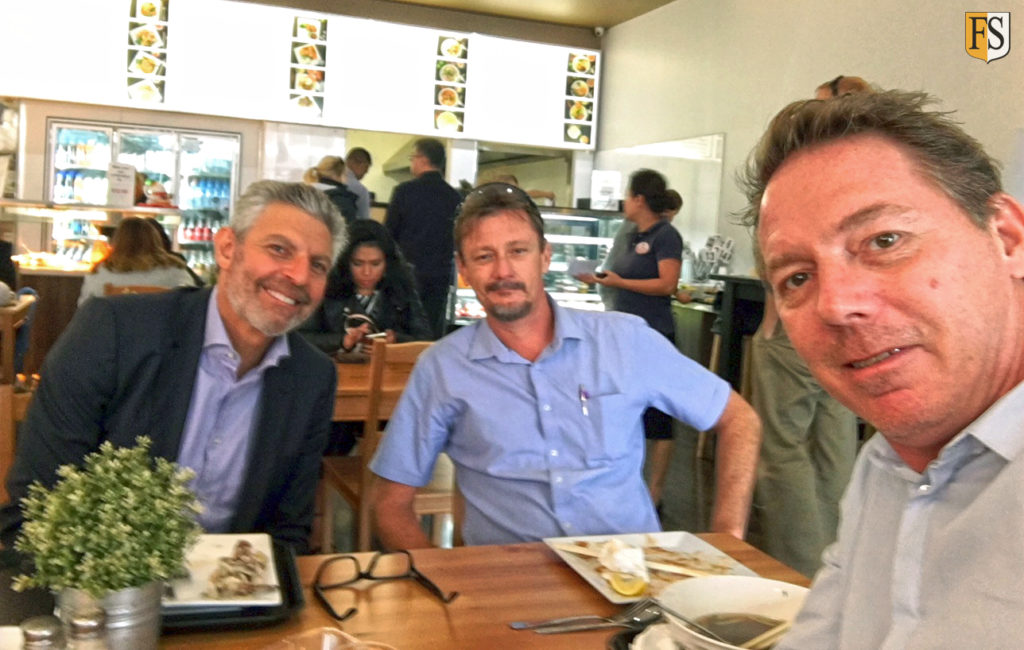 May 2: Paul Filby was in Woodside’s Karratha Gas Plant yesterday for cable inspection. Today we join forces in Perth for debriefing meetings in their head office. Left is our local representation, Mark Hanna from International Corrosion Services. Woodside is an Australian oil and gas company with a global presence. 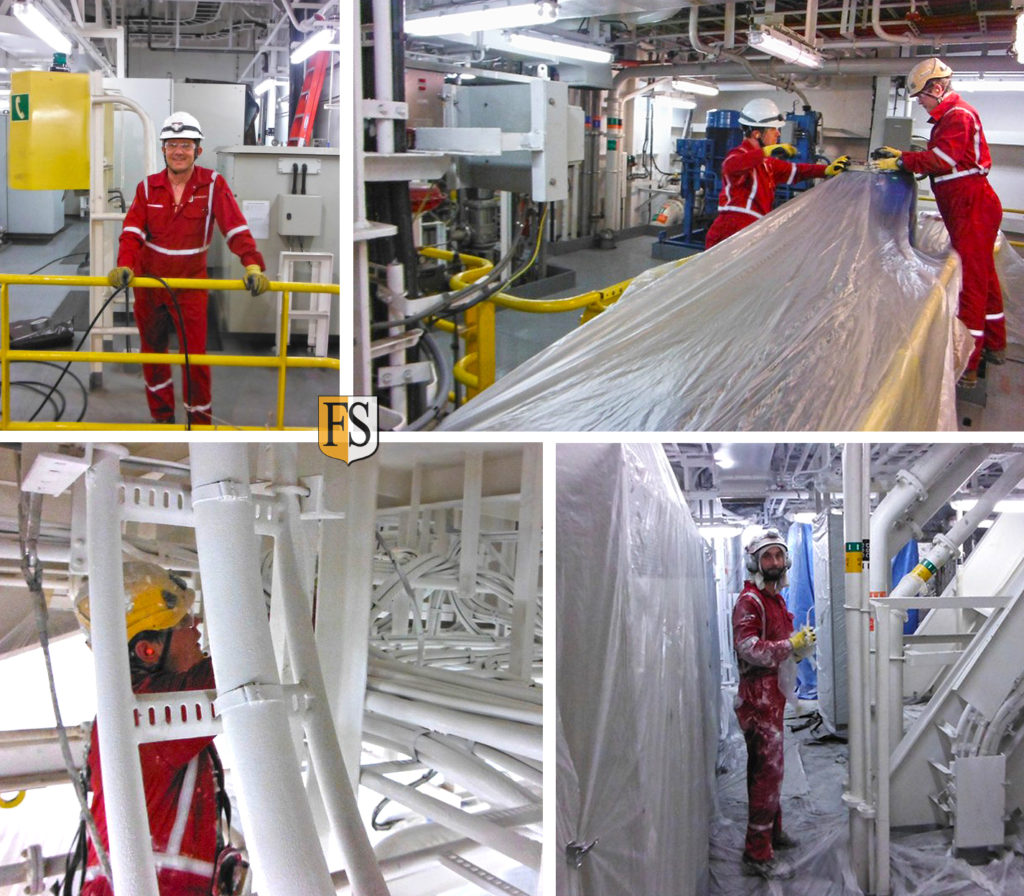 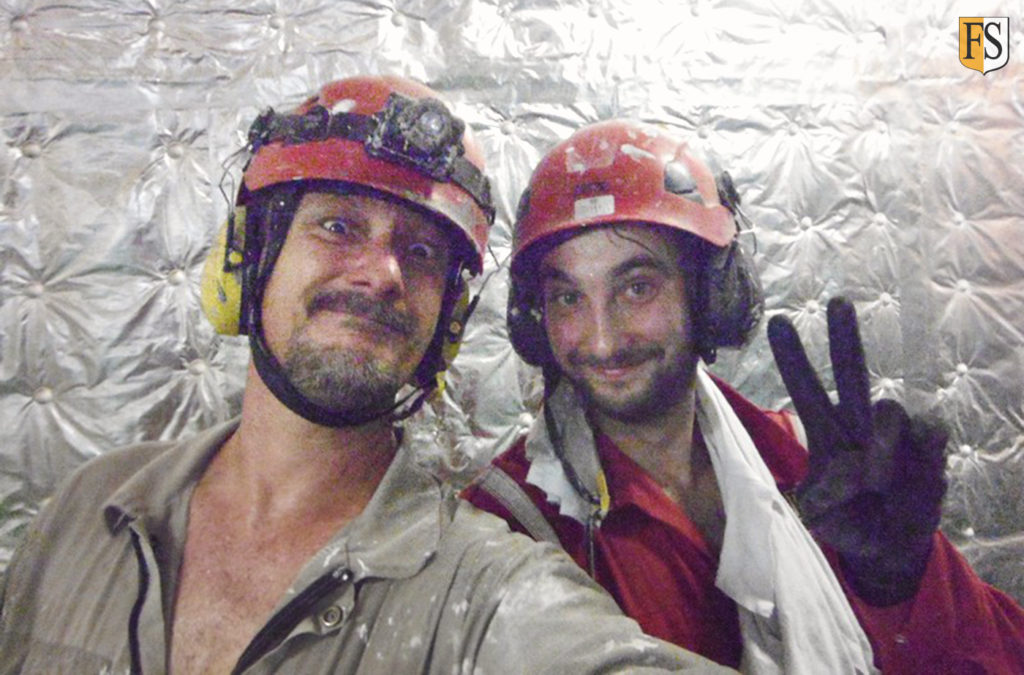 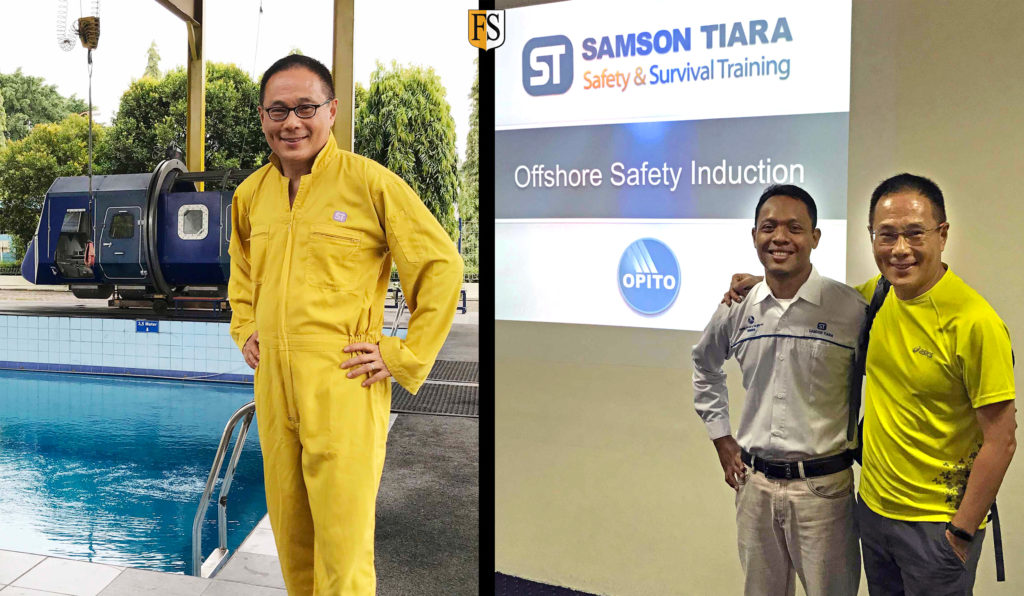 Meeting with Nargis Petroleum in Malaysia. 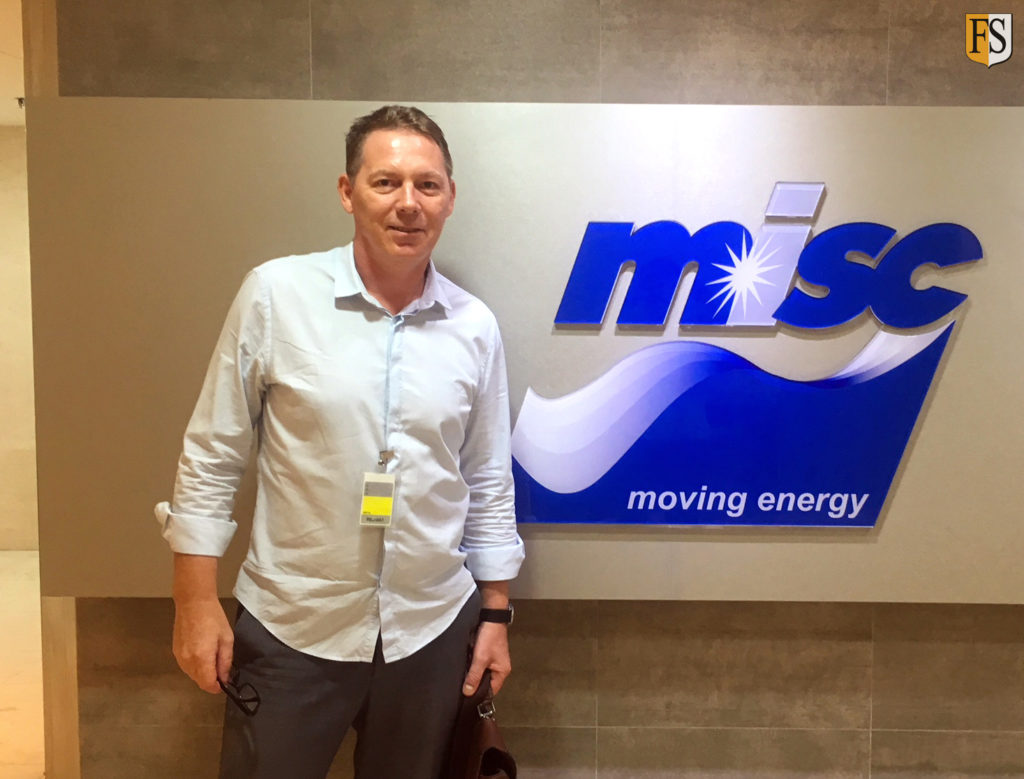 June 8: MALAYSIA. Paal Mathisen is in Kuala Lumpur for meeting with the misc LNG Fleet together with our local representative Nargis Petroleum. 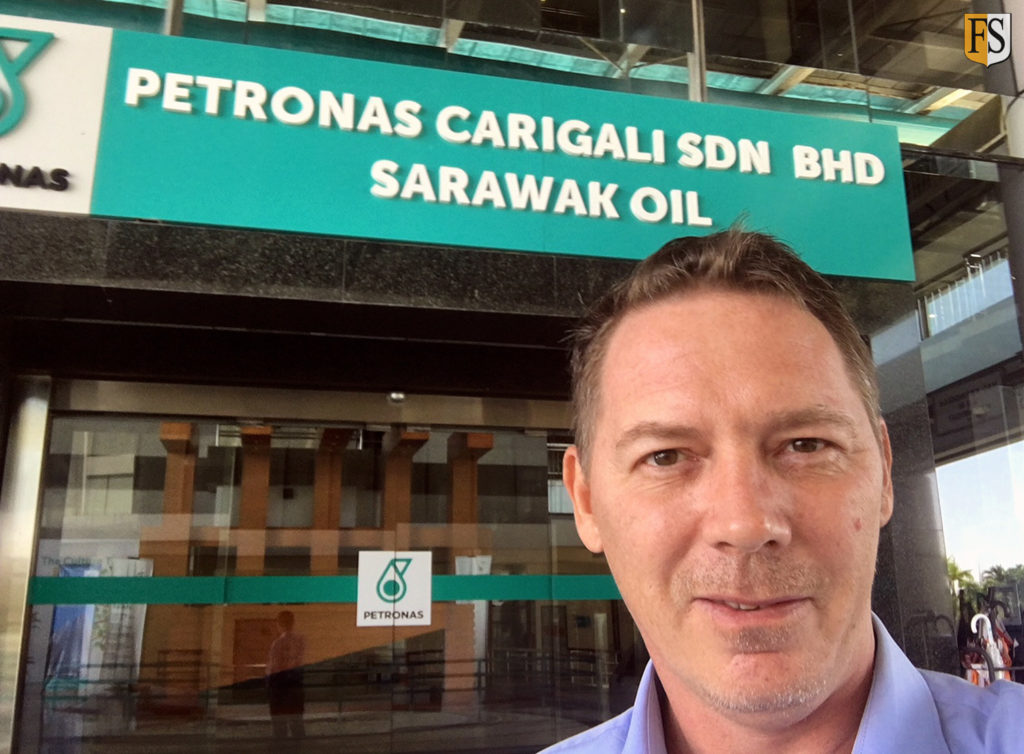 June 11: Fire security has been working with Petronas in Malaysia for more than 15 years, here at their office in Miri. We are now also talking with their operations in Myanmar and Sudan. 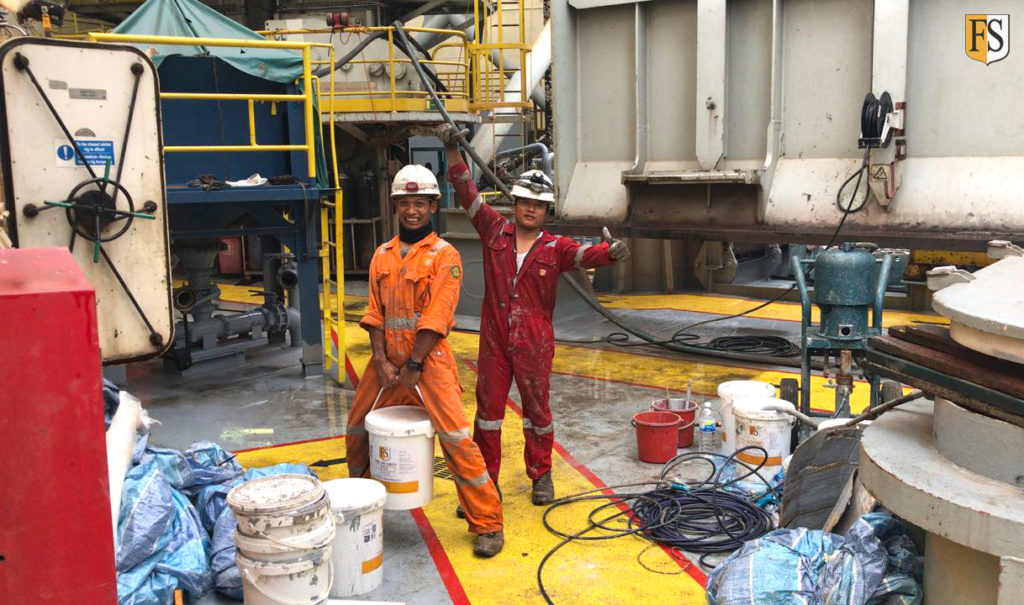 June 25: Our Indonesian crew has just finished a two weeks cable protection job on Jackup rig Maersk Completer in Singapore. In picture Supriyono and Arianto. Paul Filby and Steven Chong were project managers on this job.

Working with Shell around the world. 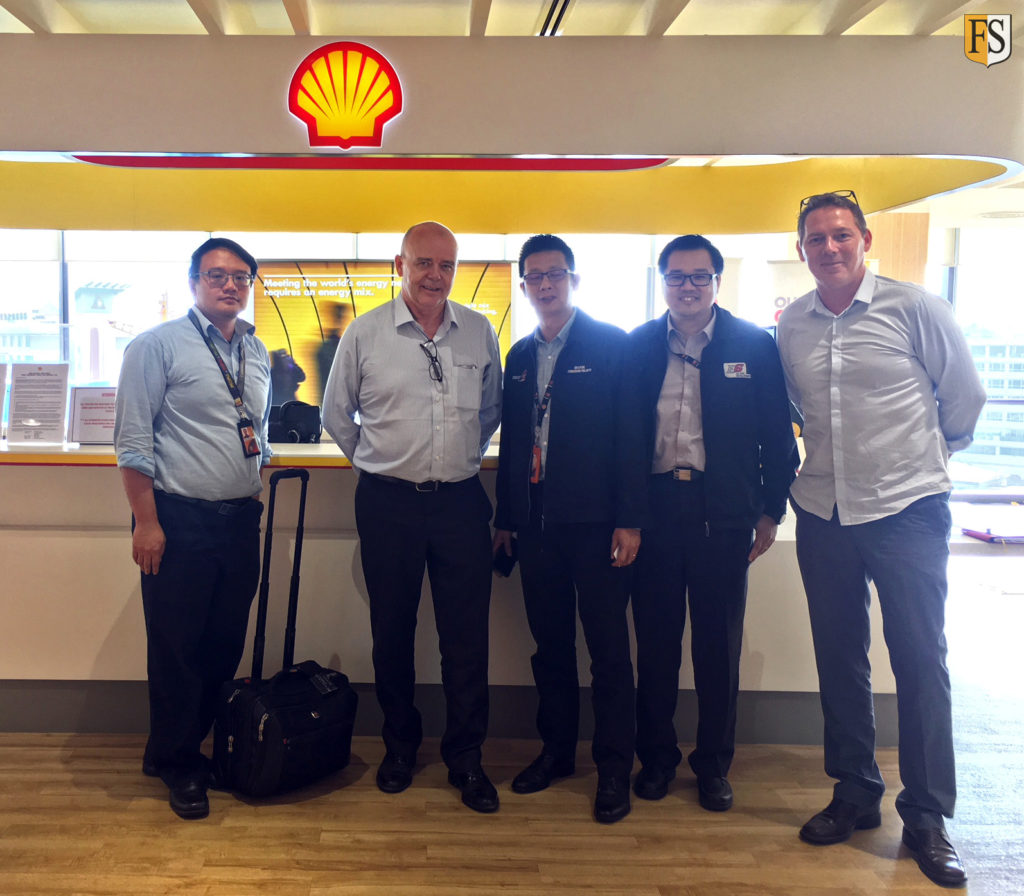 April 3: MALAYSIA. Fire Security is working with Shell in many countries and locations around the world. Today we have been visiting them in Kota Kinabalu, Sabah, Malaysia.FS President Leif Harald Tveitnes, 2 from left, Asia-Pacific Manager Paal Mathisen on the right.

Working with Celebrity Cruises in France. 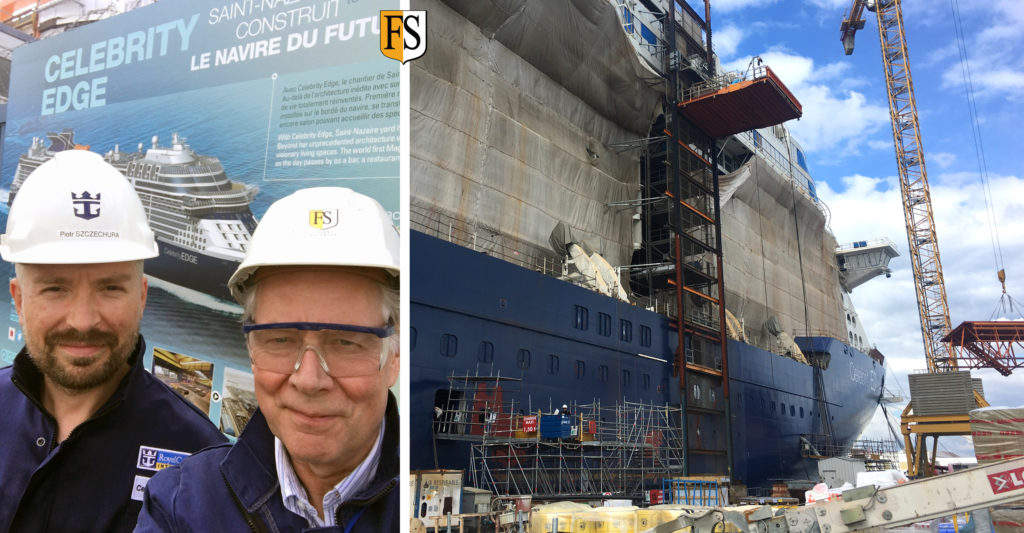 April 12: FRANCE: Fire Security and Celebrity Cruises are discussing the fire protection of cables in engine room spaces on their new series of ships being built at STX in St.Nazaire. Piotr Szczechura (left), Senior Superintendent Electrical RCCL, and Terje Waage (FS) made a survey on board the first ship yesterday – Celebrity Edge. 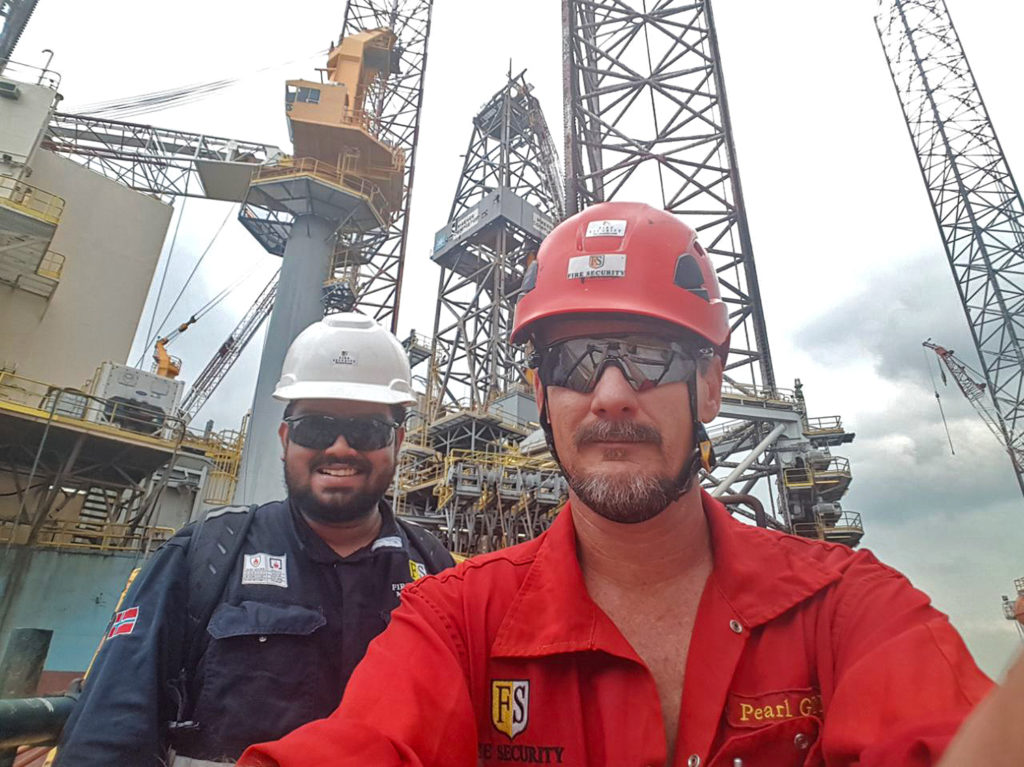 Cable survey by our agent for North Sumatra. 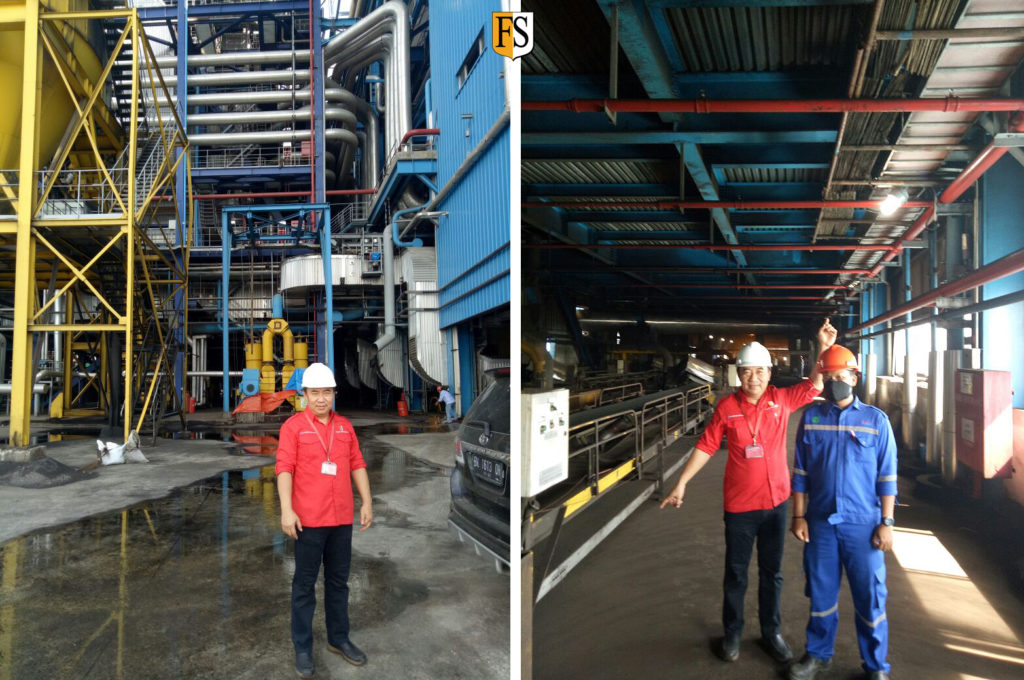 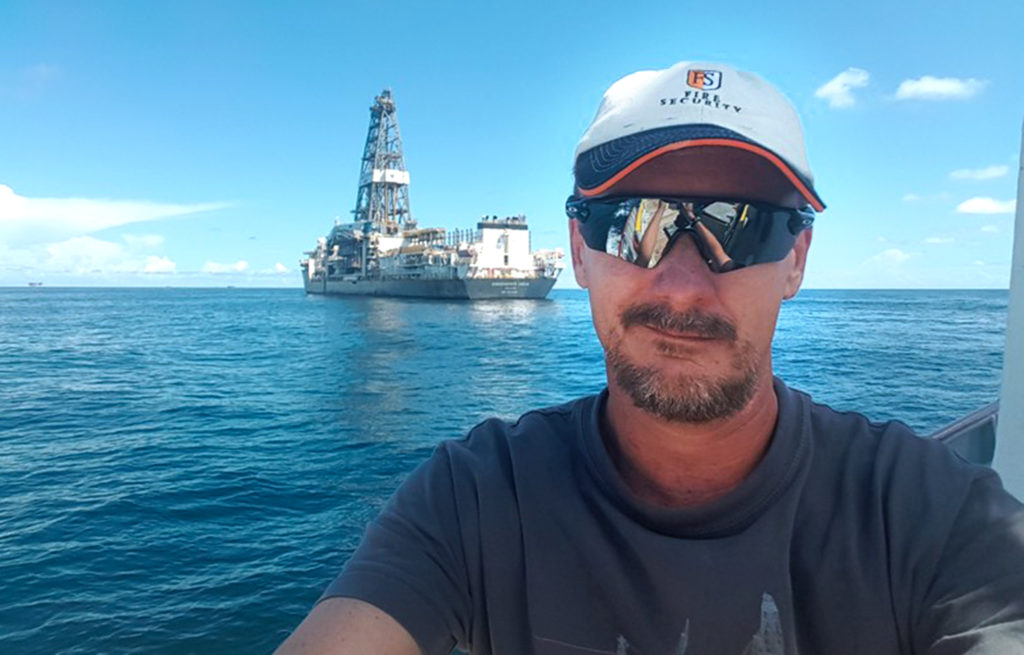 May 2: Project manager Paul Filby recently surveyed Transocean Drill Ship Transocean India, offshore Louisiana. A survey report will be issued to describe the quantity and condition of the cables, proposed work scope, quantities, and cost with the recommended solutions for fire protection of electrical cables in high-risk areas. 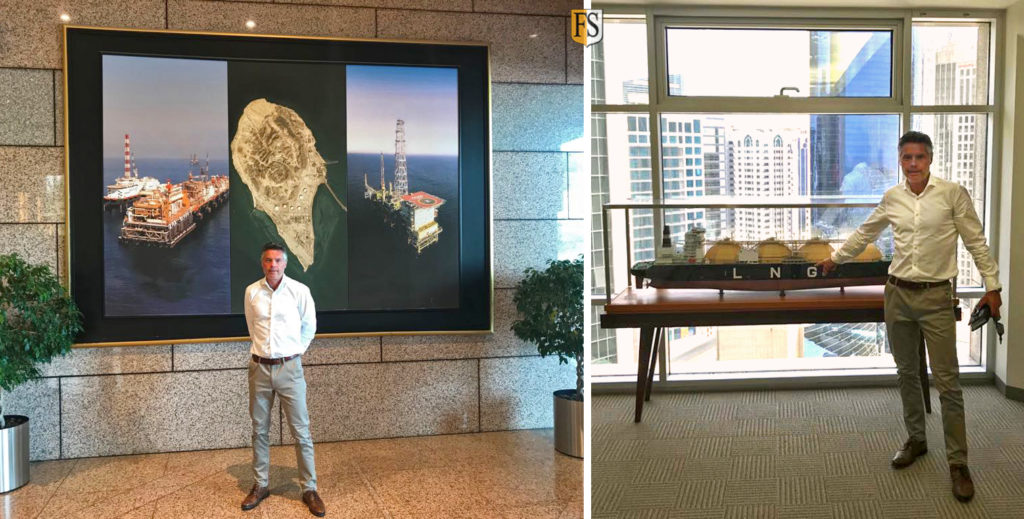 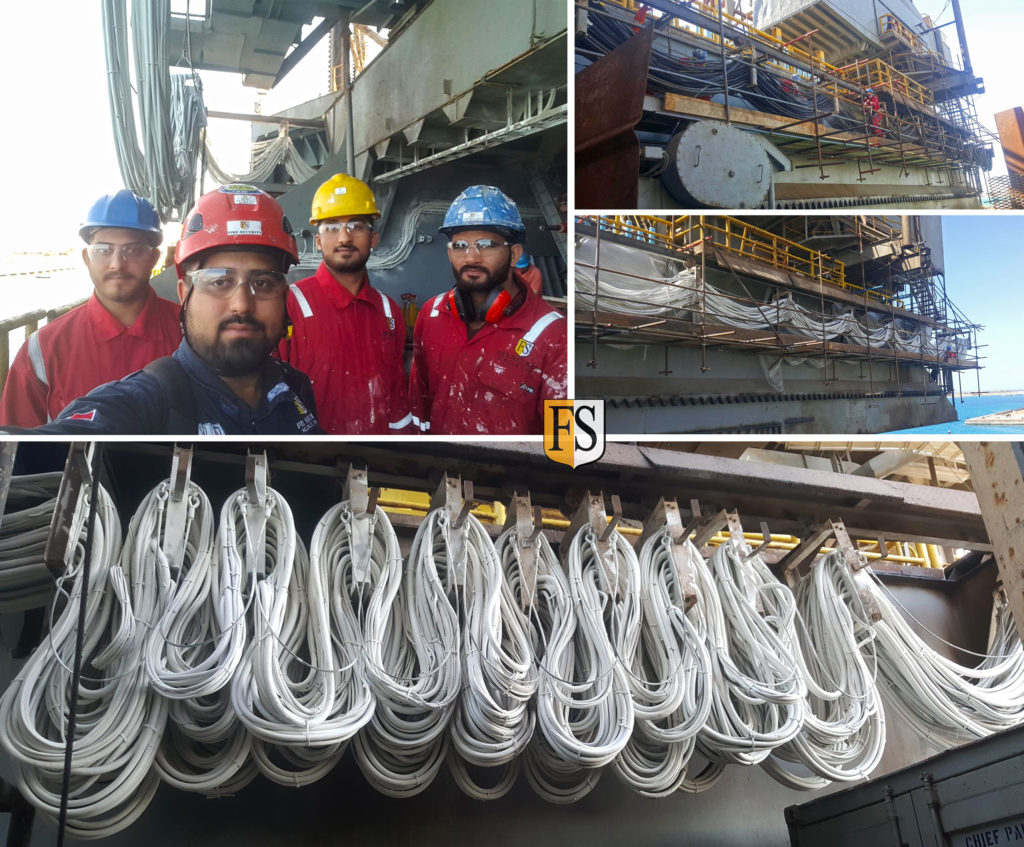 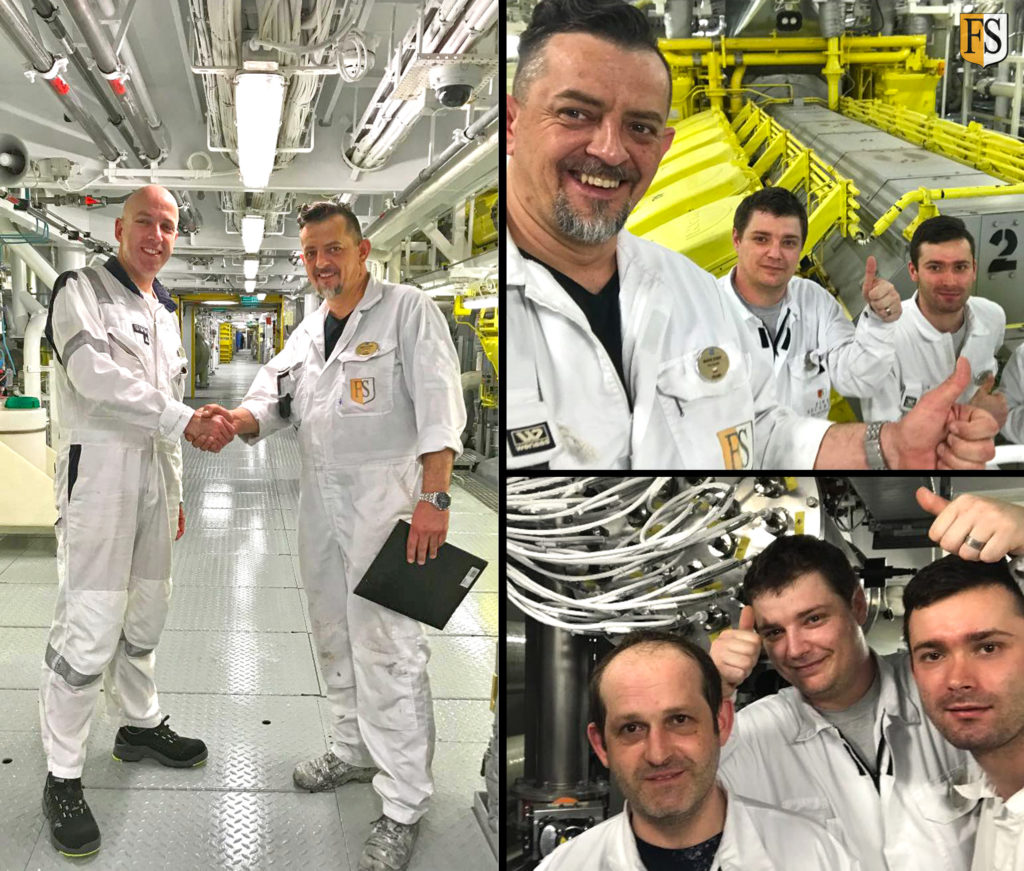 May 8: “It is a privilege for Norwegian Cruise Line to have Fire Security performing cable fire protection on our new cruise ship Norwegian Bliss”, says technician James Owen (left) to Marek Bober who is in charge of the application crew.

Some clients are cruising Norwegian waters.

May 29: NORWAY. John Olaf Ryen boarded AIDAaura in Oslo on Sunday to do cable fire protection and expect to finish the job today. As more and more vessels are cruising in Norwegian waters we don’t have to travel halfway around the world to carry out projects in some cases.

Cable survey at a cement plant in Central Java. 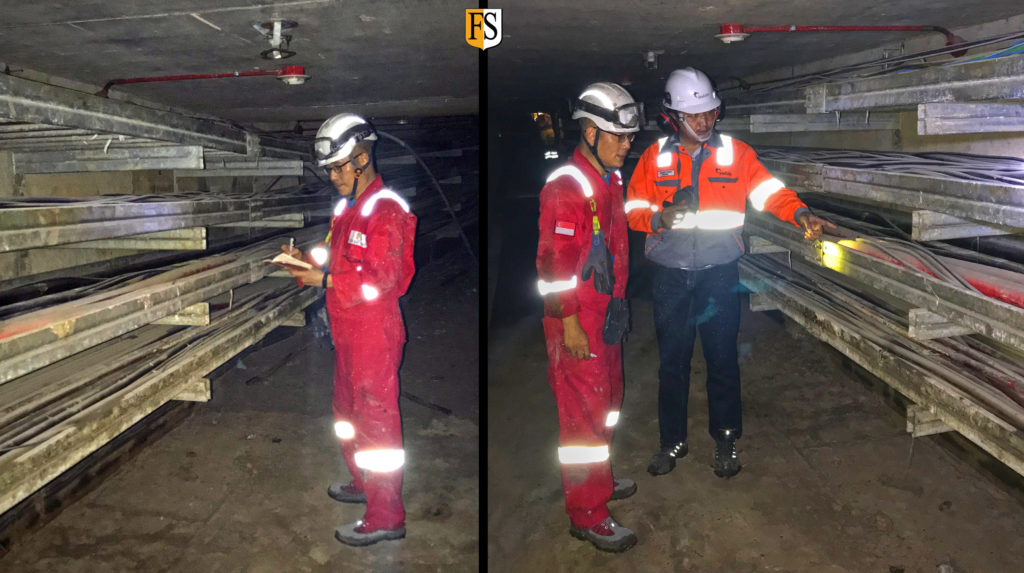 May 31: INDONESIA: Underground cable tunnels with medium or high voltage cables play a crucial role in maintaining functionality in large industries and other facilities. The risk of fire in such tunnels is a growing concern as any fire incident in these spaces can be serious. Steven Chong, Project Supervisor of Fire Security Asia-Pacific surveying the cement plant underground cable tunnel together with the client.

Cable survey at a textile mill in West Java. 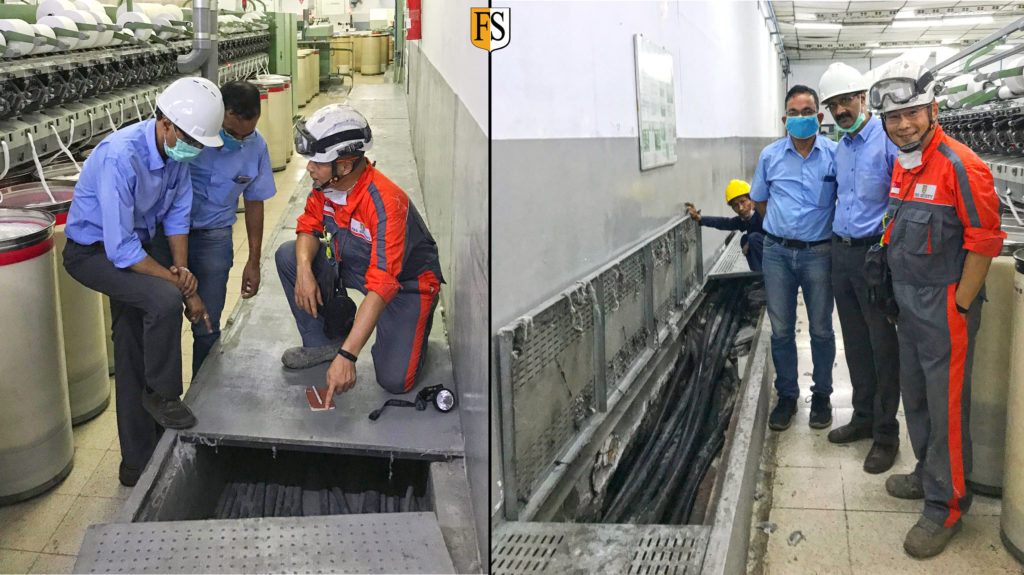 June 6: Steven Chong from Fire Security Asia-Pacific division, conduct a cable survey inside a textile mill. Explain to the client that overload cables under the trench will overheat the cables and this can cause an electric fire. Using Fire Security repair system applied to damaged cables will protect them from fire, smoke, mud, UV, ozone, and chemical damage for many years to come. 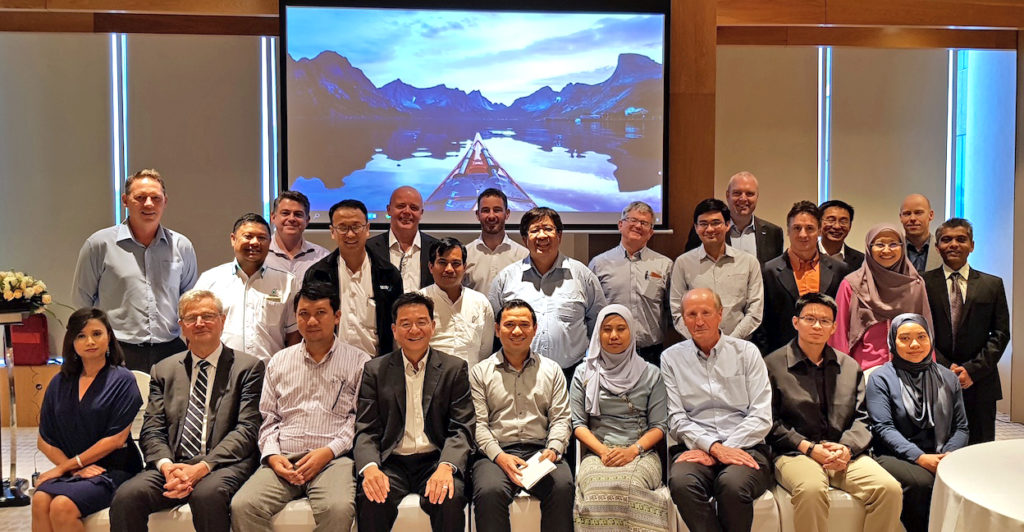 June 14: FS and Shell have a world-wide relationship and in Brunei, they have a huge operation both for oil and gas production. Here in front of Brunei Shell Petroleum’s HQ.